What can semiotics reveal about the hidden cultural frictions in distributed software development?

This post originally appeared as a guest article on LeadDev.com.

It hasn’t been a good Monday afternoon. A remote team checks something into the Authentication service codebase that breaks the User Profile service owned by your team. By the time the deploy is rolled back, customers haven’t been able to log in to your product for several hours and news outlets have picked up the story. The CEO is on the line, demanding answers. You send hasty apology emails to your customers, then sign off for the day, exhausted.

In the days to come, everybody has an opinion about what could have gone better. Some suggest the teams needed better external documentation. Others suggest that a signoff process should be enforced and project management should get more involved. Another director suggests starting yet another architecture review committee. Although all those sound like good ideas, something nags at you - what’s actually happening here?

When we think of a software system, we often conceptualize it in its dynamic, operationalized form in production. We ask questions like, how many transactions per second can it process under load? Is it meeting SLO targets? But we also need to remember that software systems take a form much like written communication between the developers working on the system. It is just as important for a software system to have several nines of uptime as it is for it to be readable and understandable to the engineer poring over the code, trying to make sense of its shape.

After all, we know that engineers spend more time reading code than writing it. If an engineer makes a change to a system with an incorrect mental model, then defects will emerge. And the team’s mental model is indelibly imprinted in the code, the tests, and the documentation.

Software’s purpose is not just to achieve business goals for the company, but to be easily changeable, elegantly designed, and robustly tested for all current and future members of the team. In other words - one of the primary purposes of software is to guide its readers into constructing a mental model of the world and how it works.

What if we tried to imagine our systems as if they were time capsules - artifacts left behind for future teams and collaborators to sift through and understand? I believe that software systems can be thought of as textual artifacts, messages in a bottle, if you will, to a future teammate or cross-org collaborator, meant to convey the shape and meaning of the system in this current point in time.

To do that, I want to take you on a detour through semiotics, a field of linguistics and communication theory that deconstructs meaning in everything from literature, TV ads, political messaging, and Internet memes. What could that have to do with software development?

Emerging from the work of Ferdinand de Saussure in the early 1900s, semiotics is the study of signs and symbols as they make meaning in cultural communications. Saussure was a linguist interested in how meaning was constructed through language. In Saussure’s model, meaning is constructed by a Signifier, a concrete “thing” in the world, and its corresponding Signified concept (a connoted meaning). Take the example of this image: 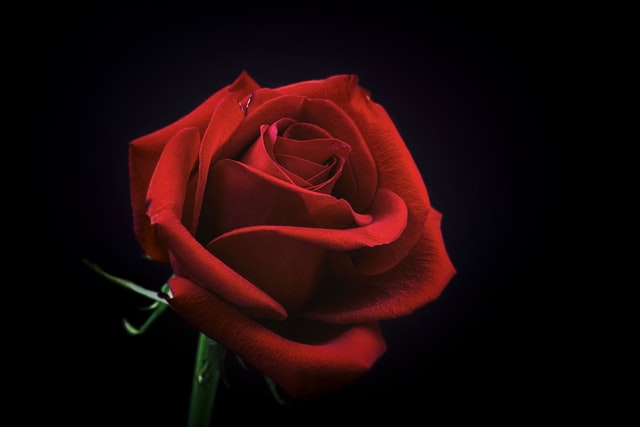 Photo by Carlos Quintero on Unsplash

The Signifier is the representation of this rose on your screen, pixel by pixel. By itself, it doesn’t communicate any meaning. Now you, the viewer, see this image and may think to yourself - ah, a rose! and automatically think about the flower (the Signified concept). How did you know that? You have familiarity with this type of flower in your lived experience, having seen roses in flower shops and in gardens around you.

But if you saw this image of a rose on a highway billboard for a jewelry store or in an online Valentine’s Day floral service ad, you may see different layers of meaning. You may understand this rose as signifying the concept of Romance, Love, or Passion, based on your cultural understanding of roses and the role they play in cultural tropes in movies, film, TV.

But just one second - if you were from a non-Western background (or an intergalactic alien being), this image of a rose may mean nothing to you!

Saussure developed the beginnings of a framework for how meaning is communicated and understood through concrete artifacts in the world. This framework of semiotic analysis allows us to deconstruct a message into constituent parts - the actual form of the idea in a concrete form, its metaphorical or connoted meaning, and the role of the receiver as the message is parsed in context.

So what does this all have to do with software development? Semiotics pinpoints the hidden role of cultural assumptions of different viewers in different contexts looking at the same things! Let’s get practical and try to apply some semiotic thinking to highlight how divergent understandings can arise from seemingly innocuous features of our systems.

The first and most obvious place to apply semiotic thinking is in the naming of the concepts made concrete in our software. Go through your system and make a list of the concepts encoded in class names, variable names, functions and even database tables. You may observe:

To tackle this challenge and make these cultural assumptions explicit, draw from disciplines like Domain-Driven Design where the nuances in language in business contexts are made explicit in code. You may consider:

The structure, or form, of our software systems is another concrete feature that communicates meaning. Consider these considerations around the architecture, platform and runtime features of our system:

Many of these choices are not obvious to our new teammates or collaborators, who may have their own cultural or organizational constraints. “Why is feature X built with Y?” they may ask. If you don’t answer these questions up front, they may project their own assumptions incorrectly on your systems.

To solve for this, explicitly write all architectural and structural decisions down:

Through our crash course in semiotics, we’ve learned how it can identify structures in our software systems that are open to (mis)interpretation. By getting ahead of ourselves and thinking about how different teams in different parts of the organization parse and interpret our systems and flows, we can anticipate ways in which we can end up with divergent mental models. We can get ahead of the issues to develop habits to document the hidden cultural forces that shape our code, our architectural decisions, and our software use cases.

Your software system is a message in a bottle. When a stranger in the future picks it up on some faraway sandy shore, what stories will it tell?